When you think of Tesla, what’s the first thing that comes to your mind?

For most people, it’s electric cars, but what if I were to tell you that this was not going to be their greatest legacy? Yes, they did vastly expand the driving range of an electric vehicle from 73 miles (117 km) to 200 miles (320 km) on a single charge. Yes, they did reimagine the electric car and the way that it is powered. Yes, they did open up the black box on their technology patents so that other car manufacturers can benefit from and improve on their technology. However, since electric vehicles only account for one percent of the market, unless more people begin to buy electric vehicles, Tesla’s impact will be small, if not negligible. In addition, with the recent report that revealed Tesla loses more than $4000 on every Model S car that they sell, the future is looking dim for them.

Although Elon Musk, the CEO of Tesla, may want his company to be remembered for electric vehicle technology, he might actually be inadvertantly writing his legacy elsewhere. Even more than their advancement in battery technology, I believe that the greatest impact that Tesla will make in the automobile industry is from their dashboards. After all, while only one percent of customers might buy an electric car, one hundred percent of vehicles have dashboards. Have you ever seen the dashboard on a Tesla? It feels like a thing of the future. Not only have they gotten rid of all the manual dials and gauges and made them digital, but they have also reimagined what a dashboard could be. I wouldn’t be surprised if other car manufacturers quickly follow suit. Here are three ways that Tesla has reimagined the dashboard.

1. From static to dynamic. Most cars still have manual gauges to change the temperature, measure the RPM, or change the radio station. In the Tesla dashboard, everything is digital and dynamic.

2. From single-function to multi-function. If you look at the dashboard in a common vehicle, you’ll have single-function gauges. In the Tesla, you have the ability to display anything you would like on your dashboard. For example, you could measure the energy consumption on your car, while adjusting your car’s height suspension, and follow your GPS all at the same time. Your dashboards are digital screens.

1. From static to dynamic.

There was a day where we would evaluate the effectiveness of our church solely based on three measures: attendance, giving, and groups. Now there is nothing wrong with those measures, the only issue is that they’re measuring past events—they’re lag measures. They’re also static because you can’t affect them, you can only read them. What would it look like, instead, if we were to move from evaluating static measures to dynamic measures in our church? In other words, what would it look like if we began thinking in terms of lead measures for our church? To understand the difference between lag and lead measures, think about weight loss. 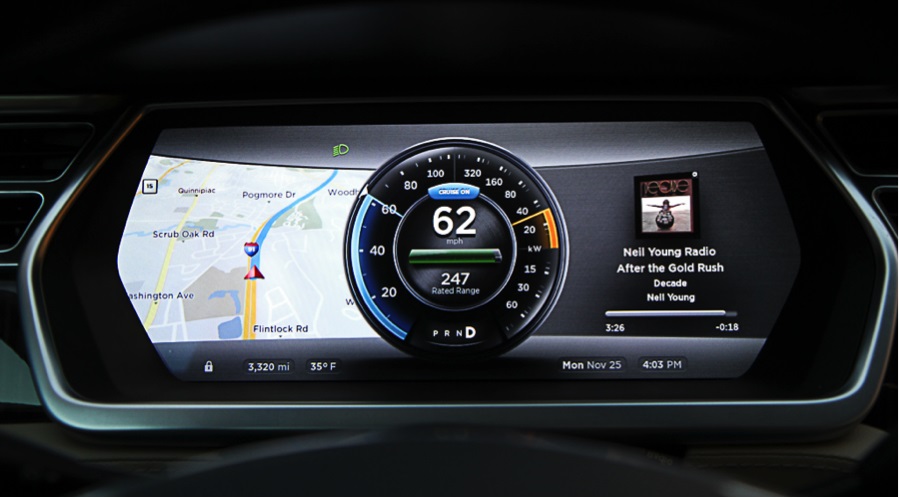 The fact is, the more time we spend thinking through and crafting the right dynamic lead measures, the more our static lag measures will be affected—and hopefully improve.

2. From single-function to multi-function.

3. From incremental to exponential advancement.

The reason Tesla was able to reimagine the dashboard was because they were looking elsewhere—they were broadening their field of thinking. If all they did was strive to copy what other car manufacturers were doing, then they would not have been able to develop such a different type of dashboard. In the same way, if you want to move from incremental to exponential advancement in your leadership, then make sure that you are reading books outside of the ministry world. For example, if you’re a church planter, read books on entrepreneurship. If you’re regularly preaching, study the best TED talks. If you’re a campus pastor, study franchising. If you’re a children’s pastor, then study adolescent development.